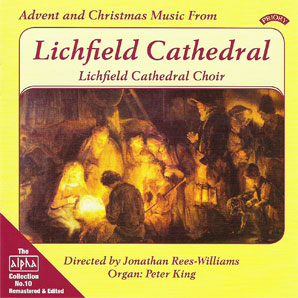 A re-release of From Darkness into Light, a recording made in 1981 by Lichfield Cathedral Choir directed by Jonathan Rees-Williams, with Peter King (organ)